The Calexico Bulldogs traveled to Brawley this past Thursday night, October 14th, to take on the Brawley Wildcats at Warne Field. The Wildcats took the lead early on in the first quarter and never looked back, as they defeated Calexico 48-7.

For the Wildcats, junior quarterback Ethan Gutierrez was 9 of 14 and threw for 139 yards and two touchdowns, having 12 carries, 94 yards rushing, and three touchdowns on the ground, one that he fumbled and recovered in the endzone to balloon the Wildcats’ lead to 41-0. Senior runningback Isaiah Young rushed for two touchdowns on the ground. Junior wide receiver Mehkye Washington had a 54-yard touchdown reception in the 2nd quarter to make the Brawley lead 27-0. Freshman wide receiver Brandon Porras also had a touchdown reception, which made the Wildcats’ lead 34-0 after the extra point. On the defensive side of the ball, freshman Matthew Moreno was credited with an interception in the 1st quarter of the game. Junior defensive tackle Brodi Enders was credited with a sack in the 1st quarter of the game. Junior Tanner Carranza forced a Calexico fumble in the 2nd quarter. Sophomore outside linebacker Robert Platt was credited with recovering a Calexico fumble in the 3rd quarter.

With the loss, Calexico evens their overall record at 4-4 on the season and also evens their Imperial Valley League record at 1-1, after defeating the Southwest Eagles the previous week, 25-15. The Bulldogs will next be in action this Friday when the travel to Imperial to take on a tough test in the Imperial Tigers, before hosting the Vincent Memorial Scots on Oct. 29th in the “Battle of the Border” cross-town rivalry game.

With the victory, Brawley keeps their overall record strong at 7-2, having an undefeated Imperial Valley League record at 3-0, defeating the Imperial Tigers the previous week, 27-15. The Wildcats will have a bye this week in which they will prepare to take on the Central Spartans Friday, Oct. 29th at Cal Jones Field in El Centro in the “Bell Game” longstanding rivalry matchup.

Check out our broadcast highlights from Brawley’s 48-7 win over Calexico. 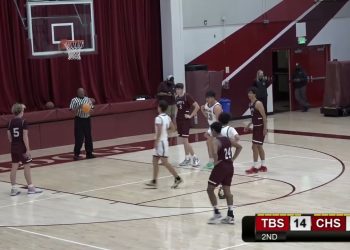