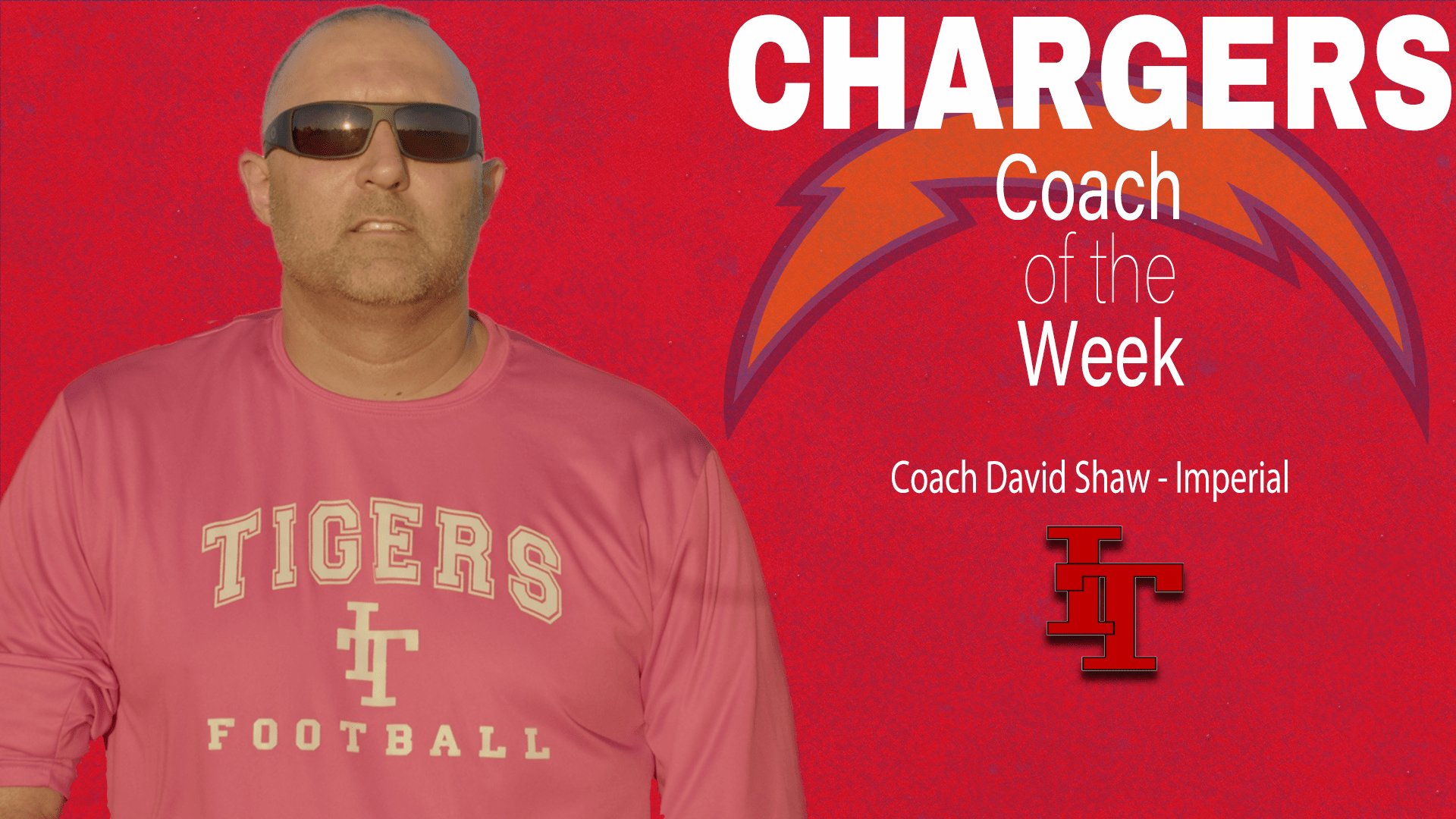 For nearly two decades, the Chargers have teamed up with the NFL to host the team’s High School Football Coach of the Week program. Annually, this program recognizes high school football coaches who have made a difference in the lives of their players through leadership, hard work, and a special dedicated to their young scholar-athletes. All nominations are decided upon by the Chargers Coach of the Week Selection Committee comprised of California Interscholastic (CIF) Federation administrators, retired coaches, and more.

Each winning Coach receives $1,000 to go to their school’s athletic department.

Coach David Shaw, who enters his 3rd season as the head coach of the Imperial Tigers football program, has been nominated for the LA Chargers Week 2 San Diego County Coach of the Week, after his Tigers earned a big season-opening victory over the West Hills Wolfpack 21-3 this past Friday night in Imperial.

VSN would like to congratulate Coach Shaw on being nominated!

Please see the below for a link to the voting site. Voting was open at noon yesterday and ends today, 8/31, at noon:

The event is finished.